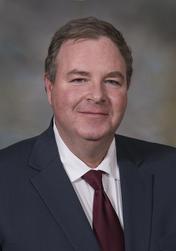 Bill fell in love with New Hampshire, boating, fishing, swimming and target shooting during his youth. He spent childhood summers on our local ponds and has made New Hampshire his forever home.

Bill attended Saint Anselm College in Manchester, where he graduated with a B.A. in Political Science, before successfully pursuing his J.D. from Massachusetts School of Law. He currently runs a small construction business and is a practicing attorney. Bill and his wife, Janice, have four children educated in our New Hampshire public schools. He is a Sandown Lions Club member (past officer) and has been a volunteer youth soccer and basketball coach for many years.

From 2014-2016, Bill served as a member of the New Hampshire House of Representatives, acting as a frequent floor speaker for the Election Law Committee. From 2016-2018, Bill served as Senator representing District 23 in the New Hampshire Senate. He served as Vice Chairman of the Transportation Committee and was also a member of the Judiciary and Executive Departments & Administration Committees.

Bill is currently serving his second term as Senator for New Hampshire's 23rd District. He serves as Vice Chairman of the Judiciary Committee and Vice Chairman of the Commerce Committee. As Senator, Bill works tirelessly to ensure that the beliefs of his constituents are represented in Concord. Bill has a reputation of being a true conservative leader and a bipartisan problem solver, delivering real results for New Hampshire families.